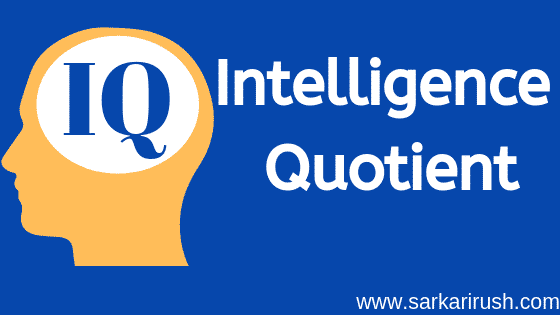 IQ Full Form– Hello Everyone, In this article we are going to discuss about IQ full form, IQ level, IQ formula and other aspects.

Every individual or person have different IQ level but we can’t judge an individual on the basis of IQ, it’s just a number.

It is very important to understand that IQ does not measure Human Capabilities.

A lower IQ score doesn’t mean that a person will be financial, morale and emotionally failed.

And in the same way a Higher IQ does not mean a person can achieve anything.

It is believed that IQ tests have emerged in China, around the 5th century but the first test created in the early 20th century around 1905 by French psychologist Alfred Binet. After that the German psychologist William Stern created the IQ impression.

The persons with high IQ level are as follows:

Some of the usage of IQ are as follows:

It is also used by School and Institutions before enrolling students.

IQ stands for Intelligent Quotient. It is just a number which a person score by giving standardized tests to measure the intellectual. IQ level classified in different level from above 130 to below 20. A person with above 130 IQ considered very superior level and person with below 20 IQ categorized as profound weak. But in my opinion No Test can measure Human Intellectual and capacity.