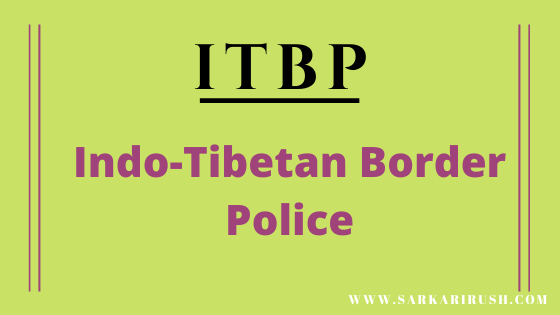 Full form of ITBP- Hello Everyone, In this article we will discuss about the full form of ITBP (The Indo-Tibetan Border Police ), what is ITBP, how to join ITBP, salary, job and others.

The full form of ITBP is Indo-Tibetan Border Police.

The Indo-Tibetan Border Police was raised on 24 October 1962. Initially only four battalions were sanctioned to begin and presently ITBP has 56 service Battalions, 4 Specialist Battalions, 17 Training Centres and 7 logistics establishments with a total strength of approximately 90,000 personnel.

Initially it was raised under CRPF act, but in 1992 ITBPF was enacted, and the rules were framed in 1994.

Function and Tasks of ITBP

ITBP play a very significant role which are as follows:

How to Join ITBP

There are many students who want to join ITBP to serve for his nation or country. UPSC (Union Public Service Commission) conducts the recruitment process for the post of Assistant Commandant in ITBP. Candidates can check the official website for the latest recruitment notification.

So, ITBP recruit candidate at various levels which are as follows:

Eligibility criteria for different posts are different, so one should read official notification thoroughly before applying online.